< Back To All Team SA Bios 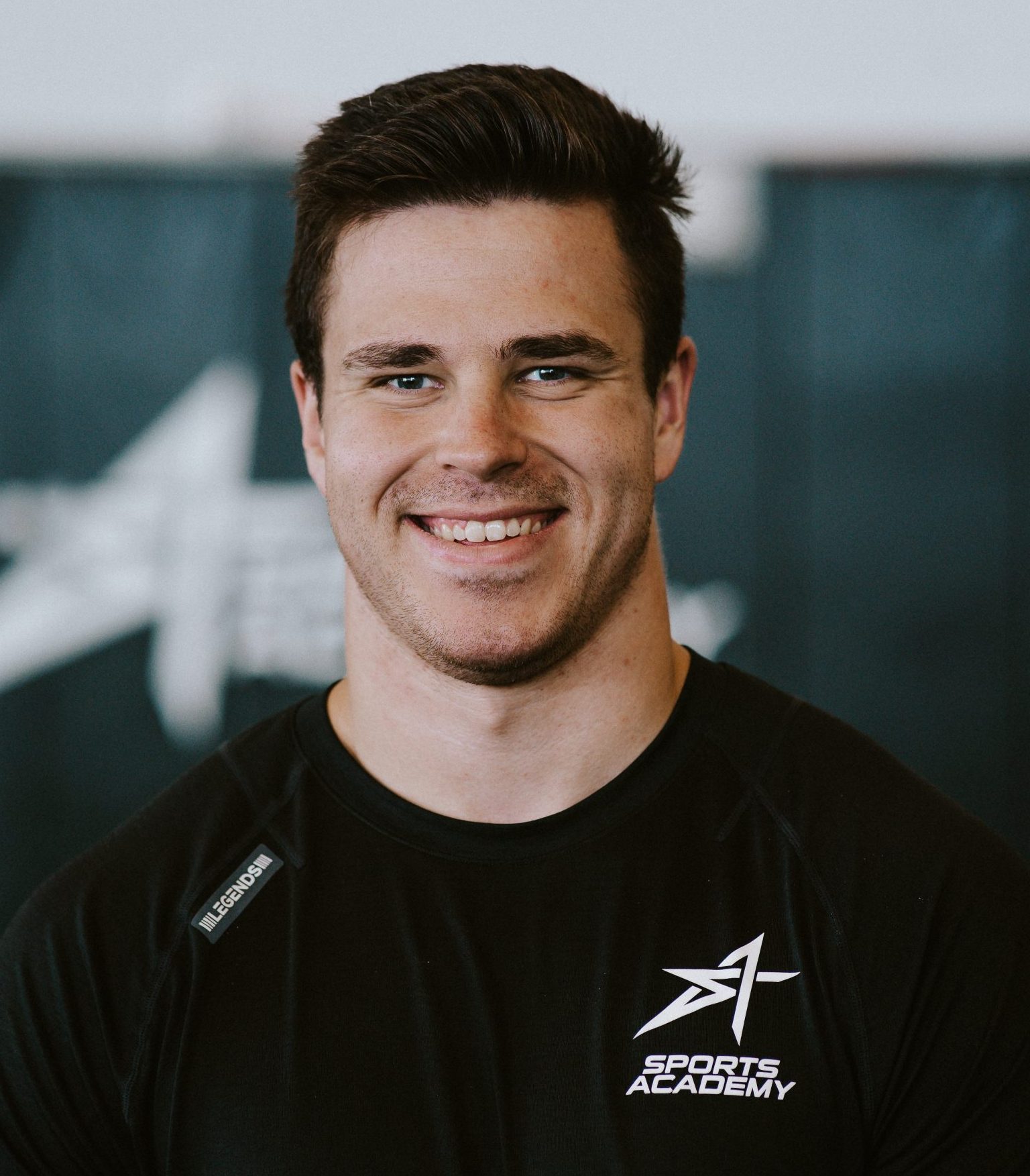 Scott is one of our Performance Coaches at Sports Academy at The Star. He coaches a number of different programs including our youth development, collegiate performance, and professional programs. Scott also works with the adult and TSAC classes where he helps push our clients to reach their full potential.

Scott graduated from Grand Valley State University in 2021 where he earned his Bachelor’s degree. He is certified by NCSA as a Certified Strength and Conditioning Specialist.

Scott was born in White Bear Lake, Minnesota, and moved shortly after to Greentown, Indiana where he was raised. He is the youngest of 6 boys. In high school, he was a three-sport athlete and was a member of the football, baseball, and basketball teams. After high school, Scott continued his education at Grand Valley State University where he played on the football team and helped the Lakers achieve 3 winning seasons. He was elected as a captain for the Special Teams unit during his sophomore, junior and senior seasons. He was also on the leadership committee his senior year.

Since graduating from college in 2021, Scott has worked in various roles. He has worked with athletes at prominent high schools across the DFW metroplex including Allen, Highland Park, and Lovejoy. He then worked at Tulsa University and Austin Peay State University before bringing his talents to Sports Academy in 2022.

Outside of work, you can find Scott out with friends and family, hiking, going out to eat, going to Truckyard, and exploring new places across Texas. Scott’s favorite food is BBQ and believes that Hutchins in Mckinney is the best in DFW.