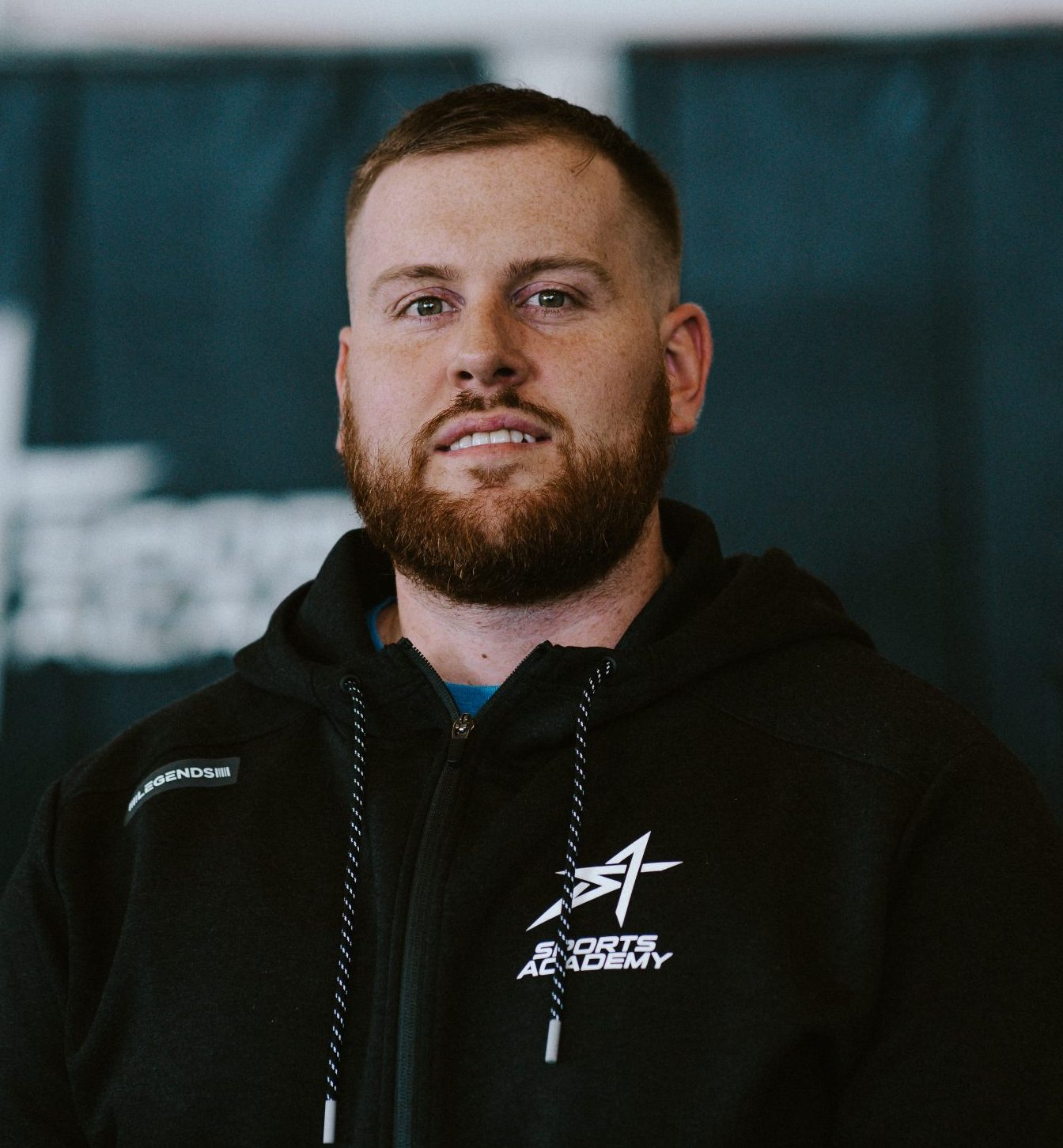 Marshall is the Facility Manager at Sports Academy at The Star. He is also a Certified Strength & Conditioning Specialist. Marshall started his career in the Power Five at the University of Washington football program. He completed his undergrad at the University of Wyoming. He then worked with the Air-force Academy football team for 4 years as an assistant strength and conditioning coach. Marshall furthered his education and became a graduate assistant performance coach for William Penn University. He worked with several sports such as football, basketball, volleyball, baseball, wrestling, and track. He was also made the Director of Pella Christian High School. After completing his master’s degree, Marshall moved to Frisco, Texas.

Outside of work, Marshall enjoys being outdoors, traveling, sports, and spending time with his wife & dog.